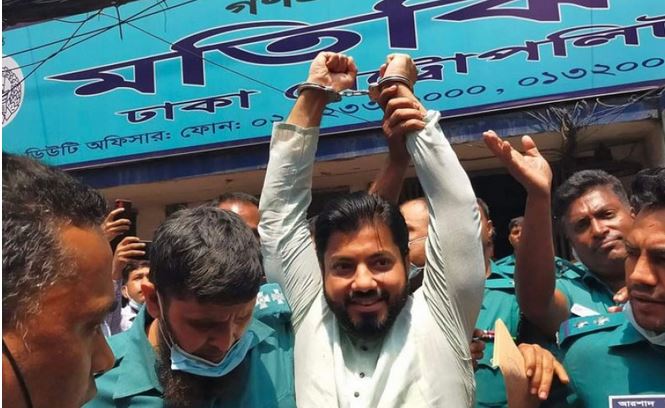 A court in Dhaka has ordered to send BNP leader engineer Ishraque Hossain to jail in a case filed under the Special Power Act.

Earlier this morning, Ishraque, the former mayoral candidate of Dhaka South City Corporation (DSCC), was pick up by Motijheel thana police from Shapla Chattar area in the capital around 11:30 am while distributing leaflets protesting price hike of daily essentials.

Motijheel Police Station OC Yasir Arafat said, ” There is an arrest warrant against Ishraque in the Special Power Act case filed in 2020. We arrested him as per the warrant.”